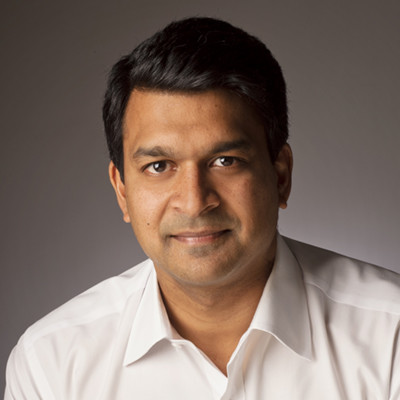 In this month’s Harvard Business Review, Marcus Buckingham and Ashley Goodall are at it again, this time opining about The Feedback Fallacy.

Buckingham and Goodall advance the overall proposition that telling people what we think of their performance doesn’t help them thrive and telling people how to improve hinders learning. Never mind whether they actually want feedback.

The authors commence by presenting three myths about feedback that they want to bust (self-servingly constructed myths, it should be noted):

The upshot of these three myths, according to the authors, is that that “they take our own expertise and what we are sure is our colleagues’ inexpertise as givens; they assume that my way is necessarily your way” – self-centredness as they label it. That’s a conclusion based on something else entirely: a style of leadership that is selfish and not person-centred; a style without emotional intelligence and devoid of relationship skills.

The gaping hole in their analysis, not mentioned in this article, is that some people actually want feedback, and some of those people even want straight talking. Neither of these common scenarios are dealt with in this article. But in an interview with the Washington Post, Marcus Buckingham claims that Millennials don’t actually want feedback, they just want attention. That’s a massive claim. You’d want some pretty credible independent research to back that one up, right? His evidence? “My daughter has 1.4 million Instagram followers, and what Lilia wants is an audience. She’s not looking for feedback. She’s looking for interaction.” And that’s it, and we’re meant to believe it. Even if Buckingham manages to back up this claim at some point in the future, we still need to ask ourselves whether we’re going to accept the transition of young people who have been overly protected by concierge parents and now expect concierge managers to take on their care.

The authors also rehash arguments from previous HBR articles: ratings lack of consistency, evaluations are prone to bias, and our brains respond better to positive feedback than negative feedback. All reasonable arguments, but hardly new ones, and certainly nothing that might warranting the front page of HBR. (A cynic might argue that the front cover makes a little more sense when you realise that the article is the forerunner to a book by the authors that will shortly be published by Harvard Business Review Press).

There are statements in this article about excellence that also deserve some attention. Their position can be boiled down to this: you can’t define it, and you can’t give people feedback about where they sit against this standard. I’m very wary when anyone starts to say that excellence cannot be defined and discussed for two reasons.

First, it’s not true. Excellence (behaviours, skills, outcomes and actions) can be defined. We do this by considering projects that went well, and ones that didn’t. We consider times when the client was delighted, and times they weren’t. We identify colleagues who inspire, and behaviours that frustrate. We do the hard graft, drafting statements about standards that can be debated and refined. That’s not “prefabricated” to use the authors dismissive language. Hiding behind the view that ‘excellence is so idiosyncratic I couldn’t possibly tell you about it’ is just lazy, and I can’t think of an HR leader I’ve worked with who’d accept it.

Second, the absence of any set of performance standards leads to a bigger problem where biases and favouritism rage out of control. This reminds me of the old days in professional service firms when you’d ask a partner what it takes to be a partner and they’d say “X-factor!”. What that (usually) white male partner meant was ‘someone like me!” Anyone who’s committed to diversity, which interestingly gains no mention in this article, will see the dangers.

The crowning glory of this inane article though, are its four conclusions:

Look for outcomes. The authors say: “Excellence is an outcome, so take note of when a prospect leans into a sales pitch, a project runs smoothly, or an angry customer suddenly calms down. Then turn to the team member who created the outcome and say, “That! Yes, that!” By doing this, you’ll stop the flow of work for a moment and pull your colleague’s attention back toward something she just did that really worked.” We say: that sounds an awful lot like –wait for it – feedback – with an exclamation mark!
‍

Replay your instinctive reactions. The authors say: “There’s nothing more believable and more authoritative than sharing what you saw from her and how it made you feel. Use phrases such as “This is how that came across for me,” or “This is what that made me think,” or even just “Did you see what you did there?” Those are your reactions—they are your truth—and when you relay them in specific detail, you aren’t judging or rating or fixing her; you’re simply reflecting to her the unique “dent” she just made in the world, as seen through your eyes.” We say: so, it’s not actually feedback, apparently, if it’s your truth. I’m confused: I thought self-centredness was the problem. Again, using language like “fixing” is absurdly self-serving. Who really thinks like that? There’s also a table (see right) that tells the reader how to phrase their feedback with some subtlety, though some of the examples given are unintentionally humorous. The authors deeply underestimate the average HBR reader.

Never lose sight of your highest-priority interrupt. The authors say: “If your team member screws something up, you have to deal with it. But remember that when you do, you’re merely remediating—and that remediating not only inhibits learning but also gets you no closer to excellent performance. As we’ve seen, conjuring excellence from your team members requires a different focus from you. If you see somebody doing something that really works, stopping her and dissecting it with her isn’t only a high-priority interrupt, it is your highest-priority interrupt.” We say: OK, we can probably agree here: if you need to give immediate and negative feedback, you should do it. And if you need to give positive feedback, you should make it a priority. Glad we sorted that out.

Explore the present, past, and future. The authors say: “Getting him to think about specific things that are going well will alter his brain chemistry so that he can be open to new solutions and new ways of thinking or acting … Get him thinking about that and seeing it in his mind’s eye: what he actually felt and did, and what happened next … Finally, turn to the future. Ask your team member, “What do you already know you need to do? What do you already know works in this situation?” This sounds like neuroscience’s version of the feedback sandwich. Or are they just saying, ‘have a coaching conversation instead of being directive?’ This is well-established – where’s the fresh insight?

By this stage of this tortuous article, I’d abandoned all hope of an Agatha Christie-style dénouement. This is an article that really has nothing to say. The self-serving nature of these four conclusions can be summarised as follows: well-constructed feedback is good, and poorly-constructed feedback is bad.  But it’s in the HBR, so expect it to garner uncritical acclaim, and lots of it.

Now, having criticised this article so heavily, its incumbent on us to set out a more productive way to engage in feedback. Here are four ways to approach feedback in your firm.

So, where should a firm begin?

Start by looking beyond the one-size-fits-all / group-think approach and examine the underlying objectives of building a feedback culture. Is it about empowerment, growth, collaboration, culture or process improvement? Perhaps, in the case of professional firms, it’s about finding ways to meet the more for less challenge.

With clarity about your underlying objectives, and with your knowledge of the culture and structure of the firm you’ll be in a great position to design an approach that works, and critically, that is capable of evolving over time. (Forget revolutions, embrace evolution).

And finally, make it a person-centric approach, flexible enough to back the instincts of your partners, managers and employees as they take daily responsibility for nurturing relationships. There are plenty of good resources to rely on as you chart your course, but this article isn’t one of them.

See our partner and employee software in action

Watch a 3-minute demoBook a demo
Thank you!

Your demo request has been received!

Oops! Something went wrong while submitting the form.